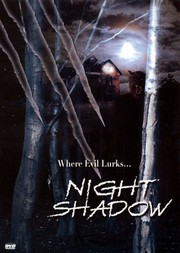 Patrick P
½ November 8, 2018
Thank God for B Movies!!! As for Cheesy B movies, this is a must for any horror collection. Some of the greatest horror franchises began as independent B movies. Brenda Vance, Kato Kaelin and the late great Stuart Quan rock the screen in this one.

Lisa J
March 23, 2014
I didn't realize this was so old. At first I didn't know if it was a newer movie pretending to be 80's or if it really was made back then. It's a really bad movie though.

Randy P
August 23, 2013
Don't really know what to say about this film except that it's bad, but it's old so it may have aged terribly. Although there are some pretty cheesy sequences in this film, but all in all it wasn't the worst movie I have ever seen. Not scary for a horror movie if you ask me.

Scott A
April 11, 2013
A werewolf film and the scariest thing about it?

Is it that only notable name is Kato Kaelin...yes, that Kato Kaelin! Or it that he has the most awesomely bad mullet I have ever seen?

Nope it's gotta be the shirts that Stuart Quan wears. I mean, WTF??? He is totally into martial arts, his lone movie poster is BIG TROUBLE IN LITTLE CHINA; yet he continues to wear these cut off tank tops that a little girl would wear. They make him look so stupid the entire film.

Another clunker scene is when he and Kato are raiding a fridge for food and find Preparation H, X-Lax and a Birth Control Test??? I mean...really?

The werewolf is obvious from the way the guy that plays him by day, minus one scene when the wolf appears in daylight to smack a TV, that it's a wonder that our lead actress finds him at least a half dozen times staring at her like he wants to kill her and she never says a peep about it...not even just once?

The wolf effects are good when it's just close ups, but the final minutes we see the entire wolf and it looks so awful.

This is one of those movies that's entertaining cause it's so awful.

"You're a moron...In case you didn't understand me, the only person around here guilty of committing a crime, is you, for impersonating a officer!"-Alex Jung (Brenda Vance)

Fear the mullet...and cut-off t-shirts for dudes. To me Dane Chan shined in this little flick. And I'll take the this werewolf over CGI any day.

Carl M
January 31, 2013
Alex returns home for some rest and relaxation, only to find that her small town has fallen victim to a series of brutal slayings at the hands of a mysterious stranger... Randolph Cohlan's first and only film is as horribly made as it is unintentionally hilarious. What little plotting that exists sets the film up as a murder mystery, but there is little suspense when the killer is revealed in the opening scenes. The audience also knows from the start that the killer is a werewolf, yet we are dragged along as the police fumble through each murder scene only to come to the same conclusion an hour later. NIGHT SHADOW is poorly scripted, and reads like a endless string of awful one-liners spouted out by a young Kato Kaelin and Stuart Quan. The creature effects and gore are satisfactory for the budget, but no excuse can be found for the jokey performances or talentless production.

Wes S
½ June 21, 2012
It's not too bad, but there's not enough werewolf action in it and the film can't seem to decide who it's main character is. The werewolf doesn't make a screen appearance until the end and looks absolutely ridiculous. Not a lot of gore or scares, but it's worth a watch for any horror fanatic.

Dorothy H
½ May 6, 2010
this movie was rather bad and didnt make sense in come cases. we had gay chan with his half t=shirt things which by the way wtf where up with those things it was like he was trying to bring sexy back or something, anyways he had a few random scenes of him displaying his karate which made no sense in the movie. then the acting of all the people in the film was rather bad it was like mundane like they didnt care like a yeah whatever type acting feel too it. then just the plot was a bit sketchy then there were some scenes with romance lingo between the news lady and police guy that were like seriously. speaking of which the police sheriff seemed a bit iffy he walked like a chic. the whole was funny but just wow. but hey cheesy is good sometimes right at least i was entertained. oh and the wolf guy was uber creepy.

Super Reviewer
Sanity Assassin !
December 22, 2009
passable b-movie... but with the action in it, nevermind the cheesey acting it's one that can be watched again

Rob V
½ March 10, 2007
A very mediocre werewolf film, with nothing original to offer the audience. It's biggest plus is seeing a young Kato Kaelin get killed! Two stars just for that alone!
Page 1 of 1