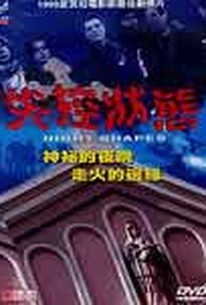 The heroes of Andreas Dresen's metropolitan elegy become dreamers when confronted by harsh reality. A farmer dreams of romantic love in a red light district; a homeless man and woman dream of finding a room for the night; and an aging businessman dreams of a big career, unaware that it is too late. All this happens on the night when the Pope arrives in Berlin! The film was shot in 47 night shifts and countless winter outdoor shoots, yet improvisation was always part of the action, such as the scene with actor Oliver Bassler, who was not forewarned he would be entering a sleazy hotel room. The hand-held camera and grainy film stock give the film authenticity and a tragi-comic touch. An example of radical cinema which blends passion and political awareness with a sincere approach, Nachtgestalten succeeds in delivering on the promise of the director's first feature, Silent Country (1992). Michael Gwisdek received the Silver Bear for Best actor for his role as Peschke, the aging businessman, at the 49th International Berlin Film Festival in 1999. ~ Gönül Dönmez-Colin, Rovi

Axel Prahl
as Policeman
View All

There are no critic reviews yet for Night Shapes (Nachtgestalten). Keep checking Rotten Tomatoes for updates!

There are no featured reviews for Night Shapes (Nachtgestalten) at this time.