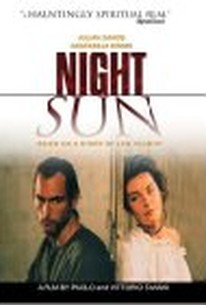 In this film, Tolsoy's classic story Father Sergius is translated from 19th century Russia to 19th century Italy. As in the original story, Sergio (Julian Sands) is a nobleman and a military cadet who is posted in a position close to the (in this case Neapolitan) throne. He is about go through with an arranged marriage linking him with a higher-ranking noblewoman (Natassja Kinski) when he discovers that she has been the King's mistress. Disgusted, he renounces the world and becomes a churchman and a hermit. At his hermitage, he encounters a woman who considers any priest, especially an ascetic one, fair game. She attempts to seduce him and he nearly succumbs, narrowly avoiding that fate by chopping off a finger, in a scene harking back directly to the 1918 Russian silent classic Otets Sergey. Soon after that, he begins to acquire a reputation as a miracle worker. However, by now he has succumbed to his ever-present demon of sexual temptation in the form of a conniving young girl, and he knows he is not worthy of the adulation he is receiving. Devastated by his lapse, he leaves the hermitage and wanders around Italy as a homeless beggar. ~ Clarke Fountain, Rovi

There are no critic reviews yet for Il Sole Anche di Notte (Night Sun) (The Sun Also Shines at Night). Keep checking Rotten Tomatoes for updates!

There are no featured audience reviews yet. Click the link below to see what others say about Il Sole Anche di Notte (Night Sun) (The Sun Also Shines at Night)!