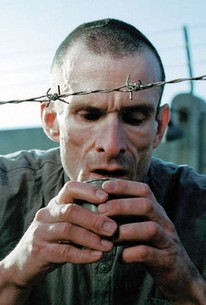 Acclaimed filmmaker Volker Schlöndorff directed this story of a war of words between a Nazi soldier and a man of the cloth. In 1942, Henri Kremer (Ulrich Matthes) is a Catholic priest who, like three thousand other Catholic clergymen, has been sent to the Dachau prison camp by Nazi authorities for espousing his faith and speaking out against the Axis leadership. Shortly after Kremer receives word that his mother has passed away, he's pulled from the ranks at the camp and sent to Luxembourg, where he used to live and lead a congregation. While Kremer at first believes his well-connected family has arranged for his release, he soon finds this is not the case -- Untersturmfuehrer Gebhardt (August Diehl), a ranking member of the Gestapo, informs Kremer that he's been given a nine-day respite from the camp for a special assignment. Kremer is well acquainted with Bishop Philipp (Hilmar Thate), leader of Luxembourg's Catholic community, and the Nazis want the bishop to sign a letter pledging full cooperation with German authorities, something he has been unwilling even to discuss. Gebhardt wants Kremer to persuade the bishop to sign the document; if Kremer fails to meet this goal, he's told 18 priests from Luxembourg currently in Dachau will all be killed. What Gebhardt prefers not to mention is that if he can't find a way to secure the bishop's cooperation, he'll be transferred from his comfortable post to a death camp in Eastern Europe. Der Neunte Tag was based on the true story of Luxembourg priest Father Jean Bernard, who wrote of his experiences in the book Pfarrerblock Z4587.

It's no wonder Schlöndorff favors close-ups; with Mattes on screen, The Ninth Day gets right to its emotional core.

The Ninth Day is far from perfect, but is still thought-provoking and intriguing, a film that can begin its own kind of debate.

Plays more like a philosophical debate than a war drama.

It just feels like too much over too little.

Schlondorff draws a telling picture of the ravished moral landscape that kept the wheels of the Holocaust turning.

I'm not sure this film needed to be made, and in the end, it becomes plodding and predictable

Impressively tackles the enduring dilemma inherent in dramatically depicting the enormous horror of the Nazi death camps, and meeting that challenge, oddly enough, in tacit admission of the very impossibility of that task.

A fresh way to illuminate another worthy dark Holocaust story.

A morality thriller filled with heavy-handed allusions to the betrayal of Judas Iscariot.

This low-key, talky Holocaust drama doesn't try to pummel viewers with visuals of the Nazis' atrocities, but what is described in dialogue is tough enough.

A fabulous build up to a day when a priest must decide whether or not to be a collaborator for the Nazi regime or to go to death by opposing it. The tension builds towards the eventful day and the choice is not foreshadowed.