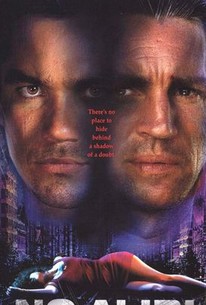 A case of mistaken identity has dangerous consequences in this crime thriller. Bob Lessing (Dean Cain) is a successful businessman who finds himself on the wrong side of Vic Haddock (Eric Roberts), a vicious crime boss who thinks that Bob is actually his brother Phil (Peter Stebbings). Phil owes Vic a large sum of money, and Vic is not reluctant to use violence to get his money back; an already tense situation is made even more uncomfortable when it turns out that all three men are involved with the same woman. No Alibi was also released under the title The Unconcerned. ~ Mark Deming, Rovi

Critic Reviews for No Alibi

There are no critic reviews yet for No Alibi. Keep checking Rotten Tomatoes for updates!

There are no featured reviews for No Alibi at this time.