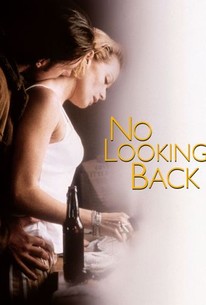 Critics Consensus: Edward Burns' first foray into melodrama is too dour to arise passion, suffering from a lack of narrative direction and romantic chemistry.

Critics Consensus: Edward Burns' first foray into melodrama is too dour to arise passion, suffering from a lack of narrative direction and romantic chemistry.

Critic Consensus: Edward Burns' first foray into melodrama is too dour to arise passion, suffering from a lack of narrative direction and romantic chemistry.

Writer-director-actor Edward Burns (The Brothers McMullen, She's the One) looks at small-town ex-lovers in this low-key, blue-collar drama with atmospheric, muted-color cinematography by Emmy-winner Frank Prinzi (Northern Exposure). To the tune of Sheryl Crow's "Home", Charlie (Burns) returns to his quiet seaboard hometown to win back his ex-girlfriend Claudia (Lauren Holly), whom he abandoned three years earlier. He quickly learns that she's now engaged to Michael (Jon Bon Jovi), his best buddy since elementary school. Claudia has a dull job as a waitress at a slow-paced diner, while Michael repairs autos at a local garage. Michael loves her, but Charlie's return forces her to re-examine her life. Burns commented, "I wanted to do a drama about a working-class community, about the kind of people I grew up with, and take a look at what their lives are like as they hit their 30s and start to put their adolescent dreams aside. Their old hopes and dreams get rekindled, so they try and go for it one more time. And in the end they discover that you can't relive your past." Songs relate literally to the onscreen action, with tunes by Lynryd Skynryd, Glen Campbell, Pete Yorn, Georges Gasguy & Saveur Mallia, Macy Gray, Patti Scialfa, Bruce Springsteen, Local H, Sponge, and the Allman Brothers. Filmed on location during the off-season at Rockaway Beach, Queens, not far from New York's JFK Airport. ~ Bhob Stewart, Rovi

Susan May Pratt
as Annie

Stuart Rudin
as The Foot

Mark Schulte
as Bno
View All

Critic Reviews for No Looking Back

It's conclusive proof that life in an oceanside burg can be drab and uninvolving.

I simply wish the characters and their fretting were more interesting, or their unhappiness less avoidable.

A minor moody character study, Burns' third film is a misguided foray into the woman's picture, only partially evoking the dead-end-small-town life of a working-class waitress (Lauren Holly, Burns' girlfriend)

A bummer of an effort Ed

It is only natural that Burns would want to turn his attentions to something more serious. He should stick to comedy.

Despite its thinness, No Looking Back is a step forward for Burns. Let's hope he takes the title to heart.

Explores the ways relationships can serve as spurs to personal growth and transfomation.

After such an exciting debut film and a lesser second effort, Edward Burns' third outing strikes out. That's it. Dudsville.

Audience Reviews for No Looking Back

There isn't enough in the Ed Burns film canon. The jack of all trades brings his all to his acting roles. Unfortunately he writes his own stinker to muddle through and hiring Bon Jovi as a co-actor doesn't help particularly.

typical ed burns slow turning story is well cast. enjoyable but not one for repeat viewings, love or hate this one

What a good cast this movie has from Ed Burns and Lauren Holly. No Looking Back gives a realistic glimpse into an everday group of friends in a small sea side town in NJ.

No Looking Back Quotes