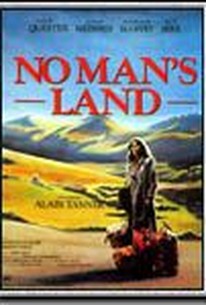 A disparate, small group of smugglers try to expand their income by carrying illegal cargo across the French-Swiss border in this routine tale of life on the shady side. Paul (Hugues Quester) works as a mechanic in his father's car repair shop, but he makes extra cash by smuggling goods and people across the border. He dreams of getting his pilot's license and going to Canada to work. Mali (Berry Berr) works in a factory and smuggles narcotics across the border for extra lucre. Finally, Jean (Jean-Philippe Ecoffey) works on his father's farm and is not at all interested in smuggling until he meets Mali. After he agrees to help Paul smuggle some gold into Switzerland, he has no idea that Paul realizes the police are hot on his trail. The results are disastrous. ~ Eleanor Mannikka, Rovi

Roger Jendly
as The other Swiss customs officer

Critic Reviews for No Man's Land

There are no critic reviews yet for No Man's Land. Keep checking Rotten Tomatoes for updates!

There are no featured reviews for No Man's Land at this time.