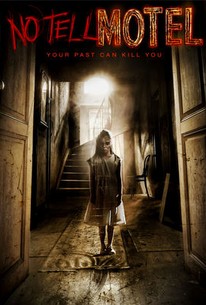 Stranded in the middle of nowhere, Megan Walsh and her friends are forced to spend the night in an abandoned roadside motel. Little do they know the crumbling structure is haunted by the spirits of its former owners, including a vengeful little ghost named Angela. As the haunting turns violent and the group's number dwindles, Megan realizes that the key to her survival lies in uncovering the secrets of the motel's tortured past. And even that might not be enough to save her

Critic Reviews for No Tell Motel

There are no critic reviews yet for No Tell Motel. Keep checking Rotten Tomatoes for updates!

Audience Reviews for No Tell Motel

There are no featured audience reviews yet. Click the link below to see what others say about No Tell Motel!