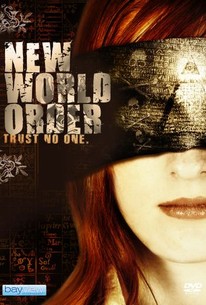 A college student finds herself struggling to separate fact from bizarre supposition in this offbeat independent drama. Eris (Lauren Fox) is working on a research paper concerning fear and social phobia phenomena, when, in the course of her reading, she finds the obscure phrase "Noon Blue Apples" keeps popping up -- not once, but several times. Puzzled about what it's supposed to mean, Eris begins digging a bit deeper than before, and soon encounters Zeus (Thomas Jay Ryan), who runs a bookstore specializing in conspiracy literature. Before long, Zeus is giving Eris a crash course in alternate history, shadow government theories, and forbidden knowledge research, and faster than you can order a subscription to "Flatland Magazine," Eris' head is so full of oddball facts and figures that she can't separate which are true and which are mere paranoia -- leaving her with no idea of who or what she can trust. Noon Blue Apples was screened at the 2002 Sundance Film Festival.

There are no critic reviews yet for Noon Blue Apples. Keep checking Rotten Tomatoes for updates!

There are no featured reviews for Noon Blue Apples at this time.