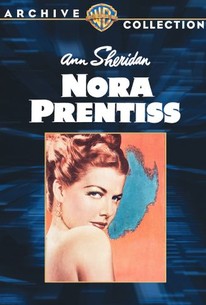 In this slick melodrama, a sort of film-noir for women, a nightclub singer has an affair with an unhappily married San Francisco doctor. Though the physician desperately wants to leave his wife, he lacks the courage to ask for a divorce. In retaliation, the singer accepts an offer to move East and start up a new club in New York. Lost without the singer, the doctor is without option until his partner suddenly dies. With a burst of inspiration, he fakes his own death and flees to New York. Later, he is horrified to learn that his death has been officially declared a homicide, and so he goes into hiding in the singer's apartment. To cope with his fear and the increasing success of his lover, the physician begins drinking heavily. This only makes him paranoid and more depressed and he begins to suspect his lover is having an affair. Upon confronting the "lover," a fight ensues, the doctor wins, and thinking he killed his rival, he takes off -- only to end up in a horrible traffic accident that leaves his face unrecognizable. Though plastic surgery gives him a new identity, it is at that time that he is arrested and sent back to California to stand trial for his own murder. Rather than burden his family with the shock that he is still alive, the doctor insists that his lover keep mum, and he stoically goes to trial where he is sentenced to Death Row. Beautifully photographed by James Wong Howe in typically expressionistic style, the film focuses on the desperation and entrapment of the characters and expresses a true bleak, fatalistic film-noir sensibility which makes this film unique in the genre.

Creighton Hale
as Captain of Waiters

Charles Jordan
as Clerk at Court

John Elliott
as Chaplain
View All

A different actor might have helped Nora Prentiss to obtain the punchy melodrama success that the Warner Bros. have made their own.

If you were Nora Prentiss, would you keep your mouth shut?

the film synopsis leads one to believe that nora prentiss ruins the life of a respected doctor but as gorgeous as ann sheridan is, she's much too sweet for a femme fatale. this is considered a 'woman's noir' but the story is really that of dr. richard talbot, consumed by guilt and increasingly paranoid. it's hard for me to see why nora prentiss stands by him when he was too much a coward to simply ask his wife for a divorce. of course that would've been a much less dramatic film

Ann is very sensual and glam here, this was one of her biggest hits, the story is nothing you haven't seen before but she makes it worth your while.