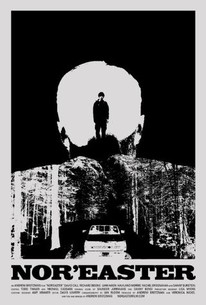 After another poorly attended mass, Erik Angstrom, a young priest, is visited by Ellen Greene, the mother of Josh, a child who has been missing for five years.

There are no critic reviews yet for Nor'easter. Keep checking Rotten Tomatoes for updates!

I remember reviewing a movie close to three weeks ago that I absolutely ravaged. It was one of those awful and preachy faith films that only want to reaffirm its audience's faith instead of telling an actually interesting story with it. The stories are all the same bullshit about god being great and every other point of view, however valid and logical, being wrong. They're, usually, poorly acted and melodramatic. Religion being a complex subject deserves a more complex look than just affirmation. And I don't say this as an atheist. I say this as someone who'd believe this even if I practiced a particular religion, whichever one it may be. Which brings us to this movie, which uses religion to tell quite an interesting story about a priest's crisis of faith as he struggles to adjust to the town he is assigned to. He comes in at a particularly troubled time for the town. One of the families in town, the richest family I'm assuming, has suffered throughout the last five years as their son (at least Richard and Ellen's, since they also have a daughter) has been missing. This has caused stress to both Richard and Ellen, as Richard has neglected his wife and daughter. Ellen wishes to leave the home to go back to her real home as the town just has too many painful memories for her. Richard refuses to go as he believes if he does, it will be admitting that himself and to god that his son is dead. Erik, the young priest in question, makes him realize the fact that he has other responsibilities that he has been neglecting for the longest time. So, eventually, Richard agrees to do a symbolic burial, in order for the family to finally move on and start living their lives again. After this, Josh, the son, finally comes back home after five years. He says that he came back because he saw in the news that he was dead and he did not like that. This is where the movie starts to pick up, more on this later, as Josh's family and other townspeople start grilling him as to where he has been all this time. Josh doesn't wish to open up to anybody. But, after getting into an argument with his sister and her boyfriend, he goes to Erik's house and he confesses to him. Josh tells Erik that he has been living with this man, a deaf mute pedophile, for the past five years. Josh has actually fallen in love with this man as Paul, the pedophile in question, has brainwashed him into thinking that his family doesn't love him. This sets off a struggle within Erik, as he is unable to break his silence on the subject due to the rules of the church. He cannot tell the cops, or Josh's family, the truth. But he also has to take into consideration the fact that Josh's life could be in danger given that, after confessing, Josh goes back to live with Paul. I found Erik's internal struggle to, really, be the driving force of the film as he is a man who, realistically speaking, nobody in the town respects. Nobody really likes him, he's failed to earn people's trust, particularly after the last priest had sex with the cop's wife. The town itself, realistically speaking, given how many people actually go to Erik's services, doesn't really need him. This drives Erik forward, as he has been having doubts about his faith and about what he is doing. Not necessarily if he should give up the priesthood, but more about not being able to find the love of god in himself anymore. And that, to me, is really interesting. Not to mention the fact that this sets off a series of events that will completely change his life and Josh's family's life forever. Let's just say that Erik's actions were well-intentioned. He wanted to help put a stop to Paul's manipulation and sexual abuse of Josh. His actions ended up being disastrous, which leads to people, wrongfully, blaming him for what happened. I guess in a roundabout way, he was responsible, but he was only legitimately trying to help. Instead of blaming what happened on the person who actually kidnapped Josh, they point the finger at Erik for not revealing the truth of Josh's life for the past five years. All in all, I really liked this movie a lot. I thought it handled a lot of difficult subjects in an intelligent fashion. This is the kind of movie where, if handled incorrectly, could have ended up feeling like a Lifetime TV movie. Kidnappings. Pedophiles. Priests trying to help. Sounds like a Lifetime TV movie to me. But, thankfully, this never stoops down to that level. It's a tense, smart movie. One thing that I feel people will complain about is the fact that this moves at a relatively slow pace. Either that or the fact that most people would have told the same story in about half the time. There's something to the latter, but I don't think the movie ever feels long. I thought it was perfectly paced, it gave you just enough to pull you into its narrative. The film is straightforward, there's nothing vague about this, that might be a negative for some, but I didn't mind it. I thought it was a strong story with some really good acting from everyone. Another thing is the fact that this movie, while dealing with religion in a more realistic way, doesn't ever seek to diminish or devalue people's faith. It's not that type of movie, which is a positive. So, yea, while everybody might not like this, I thought this was a very good movie. Interesting characters, strong acting and a focused narrative make this a movie I'd definitely give a recommendation to.