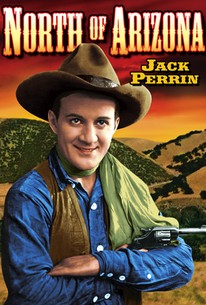 Silent screen Western star Jack Perrin plays a somewhat naive cowboy hired to innocently front the nefarious schemes of a gang of thieves in this cheaply-made B-Western from Poverty Row company Reliable Pictures Corp. A jealous rival (Lane Chandler) frames Perrin in an express office robbery and the cowboy is arrested. Making a daring escape from jail with the help of some friendly Indians, Perrin manages to infiltrate the gang of thieves and eventually bring their leader, Al Bridge), to justice. Following his series of six Westerns for Reliable, the middle-aged Perrin turned to supporting roles.

Critic Reviews for North of Arizona

There are no critic reviews yet for North of Arizona. Keep checking Rotten Tomatoes for updates!

There are no featured reviews for North of Arizona at this time.