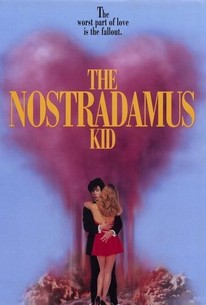 This genial Australian coming-of-age film is based on the experiences of its narrator, writer and director Bob Ellis. The first part of the film covers the difficulties teenaged Ken (Noah Thomas) has at a church summer camp run the the Seventh Day Adventists; he is not "with the program," and consistently asks heretical questions during prayer meetings. Also, he can't help keeping a watchful, admiring eye on a visiting preacher's pretty daughter. He gets to ditch his ultra-religious background when he goes to work at a university newspaper some six years later and, despite (or perhaps because of) his scruffy appearance, he finds himself attractive to girls. One legacy of his years at church is a pervading sense that the world may end soon, and when he insists that his new girlfriend drive him away from Sydney in her father's car because he anticipates nuclear war as a result of the Cuban Missle Crisis, it is the last straw in their relationship. Years later, now a successful film director, he runs into some of his friends from earlier days. ~ Clarke Fountain, Rovi

Critic Reviews for The Nostradamus Kid

There are no critic reviews yet for The Nostradamus Kid. Keep checking Rotten Tomatoes for updates!

Audience Reviews for The Nostradamus Kid

There are no featured audience reviews yet. Click the link below to see what others say about The Nostradamus Kid!