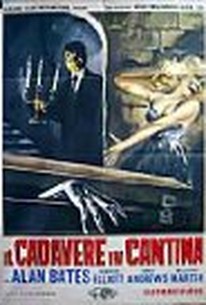 Nothing But the Best Photos

In the tradition of Kind Hearts and Coronets (49), Nothing But the Best is a sparkling British "comedy of murders." Alan Bates stars as a lowly real estate clerk who wants to crash the British upper class. To that end, Bates hires down-and-out gentleman Denholm Elliott to "train" him for the noblesse. The clerk is a fast learner, and is soon wooing the daughter (Millicent Martin) of his blueblood boss. Just as he's on the brink of becoming one of the "better people," his mentor Elliot disdainfully threatens to reveal the truth about Bates. With nary a moment's hesitation, Bates strangles Elliot with his own school tie, and hides the body in Elliot's own school trunk. From this point forward, Bates moves onward and upward, and since the high-class folks in this film are shown to be shallow phonies, the audience is half rooting for Bates to get away with his little murder. The film ends just as Bates' old lodgings are about to be demolished--leaving Our Hero waiting in wry, bemused anticipation for that incriminating trunk to be uncovered. Frederick Raphael based his screenplay for Nothing But the Best on Stanley Elkins' black-humor masterpiece The Best of Everything. ~ Hal Erickson, Rovi

Critic Reviews for Nothing But the Best

As a light and (visually speaking, at any rate) often witty fantasy Nothing But the Best still has enough charm and entertainment value to send one, if not cheering, at least purring quite contentedly from the cinema.

There are no featured reviews for Nothing But the Best at this time.

Nothing But the Best Quotes