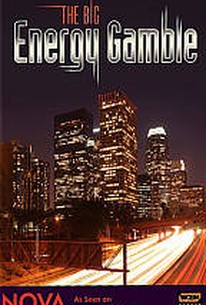 As President Barack Obama prepares to deliver on his campaign promise to combat global warming, the filmmakers at NOVA take a comprehensive look at California Governor Arnold Schwarzenegger's ambitious, yet controversial, plan to cut carbon dioxide emissions and promote energy efficiency. Known as AB 32 (Assembly Bill No. 32), the 2006 California law aims to rollback carbon dioxide emissions to 1990 levels by 2020, while mandating a further eight percent reduction by 2050. No other political entity in the world has set their sites so high, but how will everyday Californians need to alter their lives in order to reach this lofty goal? By speaking with Governor Schwarzenegger, as well as the ordinary citizens and concerned businesspeople, NOVA offers equal time to both supporters and detractors of the plan. Could Governor Schwarzenegger's three-pronged approach to environmental salvation set a new standard in limiting our carbon footprint, as claimed, or will the plan ultimately sink the state's economy by forcing business people to move in order to avoid going bankrupt due to increased energy bills?