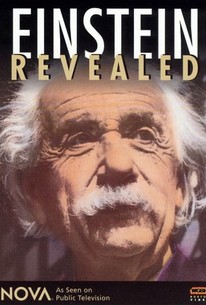 The life of Albert Einstein is examined in Nova's Einstein, an in-depth treatment of his achievements. In the first part of the film, Einstein studies the nature of light. Due to the difficulty of the subject matter, graphics, and computer animation provides a touch to explain the progression of thought leading to the theory of relativity. Much is known of Einstein the scientist, and here rare photographs and private notes provide a good look into Einstein the husband and lover. The second half deals with Einstein's preoccupation with gravity and his thoughts on the forces that govern the universe.