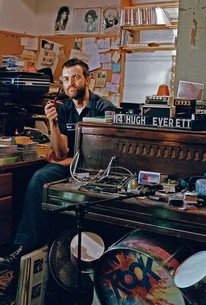 Follow EELS frontman Mark Oliver Everett on his quest to comprehend the theory of parallel universes while unraveling the remarkable life story of his iconoclastic father Hugh -- creator of the radical quantum physics theory -- in this installment of the popular PBS series Nova. Dubbed "one of the most important scientists of the 20th century" by Scientific American, Hugh Everett III proposed the controversial Many Worlds Theory back in 1957. The basis of that theory is the idea that parallel universes are constantly spinning off from reality as we know it. Though generally ignored at the time, that theory has gone on to become not just a popular topic of study among respected physicists, but the inspiration for such popular films, television shows, and books as Star Trek and The Golden Compass. As a young boy growing up, Mark never understood why his father was so distant. It wasn't that Hugh didn't care about his family, just that his brain was constantly swirling with ideas and concepts, and that anything that pulled him out of his own thoughts was considered something of a distraction. Now the last surviving member of his troubled family, Mark interviews his father's old college friends, colleagues, and admirers -- including MIT physicist Max Tegmark -- in an emotional journey to not only better understand the man he barely knew in life, but also to gain a greater understanding of the ideas that still inspire physicists to this very day.