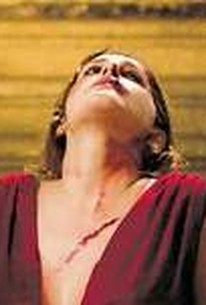 Werner Schroeter directed this dark and surreal tale of a man determined to save a lost lover from a grim fate at the hands of a violent mob. The city of Santa Maria is falling into chaos as an armed military faction is poised to take power in a coup d'etat. Ossorio (Pascal Greggory) used to call Santa Maria home, and he has returned in its darkest hour to find the woman he loves, hoping to rescue her from the violence that is lurks around the corner. As Ossorio searches for his love, he meets Victoria (Laura Martin) in a shabby hotel, who in turn introduces him to her father Barcala (Sami Frey), who for the right price is willing to take Ossorio and another passenger away on his boat. While Ossorio is willing to pay Barcala what he wants, can he find the mysterious woman before the ship sets sail? Adapted from Juan Carlos Onetti's novel Para Esta Noche, Nuit de Chien (aka Tonight) received its North American premiere at the 2008 Toronto Film Festival. ~ Mark Deming, Rovi

The highly stylized work revels in the absurdity of fascist decadence.

There are no featured reviews for Nuit de Chien at this time.