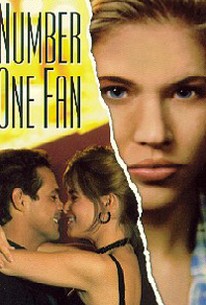 An actor has a disturbing run-in with one of his admirers in this thriller. Zane Barry (Chad McQueen) is one of Hollywood's top action stars, and one day he's approached by Blair Madsen (Renee Griffin), a beautiful woman who informs Zane that she's his number one fan. Blair is eager to seduce Zane, and he is no mood to put up a fight, so they spend the night making love. The next morning, Zane informs Blair that he has a fiancée, Holly (Catherine Mary Stewart), and he's not about to break up with her to start a new relationship. Blair, however, is not to be denied -- and is willing to resort to violence or even murder to make Zane her own. Leading man Chad McQueen is the son of Hollywood legend Steve McQueen. The film also features two other celebrity offspring, Charles Matthau (son of Walter Matthau) and Eric Da Re (whose father was Aldo Ray). Actor/director Paul Bartel also makes a cameo appearance, appropriately enough as the director of Zane's latest movie.

Eric Da Re
as Randall McSwain

Kurt D. Lott
as Thug with a Whip
View All

Critic Reviews for Number One Fan

There are no critic reviews yet for Number One Fan. Keep checking Rotten Tomatoes for updates!

There are no featured reviews for Number One Fan at this time.