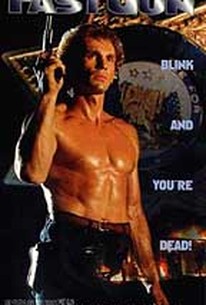 Director Cirio Santiago plays a cameo in his own Fast Gun. Contrary to expectations, the film is not a western but an espionager. An ex-CIA "spook" -- a man assigned to infiltrate enemy strongholds -- becomes unhinged when the department lets him go. Arming himself to the teeth, he takes over a small town. Only one man is willing to stand up to the former spy, and that man has a history of his own.Kaz Garas is the most recognizable name among the cast members of Fast Gun.

Greg Rocero
as Biker #3
View All

There are no critic reviews yet for N.Y.P.D.. Keep checking Rotten Tomatoes for updates!

There are no featured reviews for N.Y.P.D. at this time.