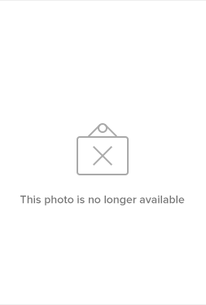 Part crime drama and part tongue-in-cheek parody of television's cops-and-robbers programs, Odoru Daisousasen (Bayside Shakedown) takes a look at the offbeat doings at the Bayside Police Station of Japan's Metropolitan Police Department. Aoshima (Yuji Oda), a former computer salesman who turned in his microchips to become a traffic cop, is promoted to detective at the Bayside Station, joining fussy bureaucrat Muroi (Toshiro Yanagiba), good-natured rookie Yukino (Miki Mizuno) and disgruntled female detective Sumire (Eri Fukatsu). An unusual murder case comes to their attention when a dead body is found floating in a river with a stuffed animal sewn to his belly. While investigating this curious turn of events, the Bayside detectives find their station taken over by MPD agents assigned to find out who kidnapped the police commissioner; while the crime occurred in Bayside's jurisdiction, the force has been told to stay away from this investigation. Before long, one of the Bayside investigators starts looking into the kidnapping and finds things don't add up as he expected. Odoru Daisousasen was spun off from a popular Japanese television series which featured much of the same cast, including Yuji Oda, who is also a top-selling pop star in Japan. The film became a massive success on its home turf, where it was the top-grossing domestic film of 1998. The original Japanese title translates as "Dancing The Major Investigation Line," while the English variant is meant to suggest the American television shows parodied by the film. ~ Mark Deming, Rovi

Takehiko Ono
as Hakamada
View All

There are no critic reviews yet for Odoru daisosasen (Bayside Shakedown). Keep checking Rotten Tomatoes for updates!

There are no featured reviews for Odoru daisosasen (Bayside Shakedown) at this time.