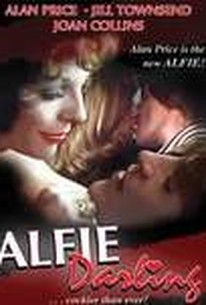 Alfie is an incorrigible womanizer who uses his trucking job as a way to commute from tryst to tryst as he makes his way across the women of the nation. Then he meets Townsend, a magazine editor. They have a lot in common; that is, she's as callous and fond of one-night stands as he is. An unlikely relationship builds between the two. But can they stick together? And what other dangers are waiting in the shadows? This sequel to the 1966 hit Alfie is also known as Oh Alfie on video. ~ Rovi

There are no featured audience reviews yet. Click the link below to see what others say about Alfie Darling (Oh Alfie)!