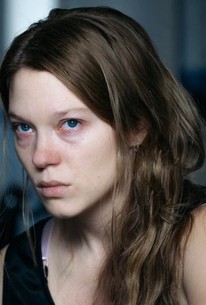 Christmas night in Roubaix. Police chief Daoud roams the city. Burn out cars, violent altercations... In the face of poverty, deception and distress, Daoud knows who is lying and who is telling the truth. Fresh out of the police academy, Louis has recently joined Daoud's crew. Young, awkward and easily misled, he constantly misunderstands those he encounters. Daoud and Louis are confronted with the murder of an old woman. The old woman's neighbors -- two young women, Claude and Marie -- are arrested. They are addicts, alcoholic, lovers... they terrify Louis. But Daoud never judges them. He speaks, he listens to them. With words, rising beyond the horror of their crime Daoud will find a way to give two murderers back their humanity.

Oh Mercy is clearly the film where writer/director Arnaud Desplechin explicitly comes to terms with the world, and he does so in a very personal way.

It isn't too long into its running time that Oh Mercy!, in its generally abiding faith in the effectiveness and general well-meaning of police work, comes off as undiscerning in its pro-cop stance.

You have to go back to basically the start of the French filmmaker's career to find him working in such a stylistically restrained register.

This frigid misfire is most readily comparable to Hirokazu Kore-eda's "The Third Murder," another flat genre flirtation from an otherwise reliable master.

A movie I couldn't make friends with.

The love he has for his hometown and its inhabitants are undoubtedly palpable. Desplechin is a master storyteller and humanist. The film is a very moving experience.

Desplechin's script makes feeble attempts at social commentary, but his framing view of Roubaix is too divorced from any sense of justice.

Oh Mercy! is less concerned with discovering who committed a crime than in establishing precisely how it happened and understanding why. You've heard of a pitiless gaze? Desplechin's is the opposite.

Filmed with intensity and with a cast that commits to each of their roles and nuances, Oh Mercy! delivers exactly what it promises.

There are no featured reviews for Oh Mercy! (Roubaix, une lumière) at this time.