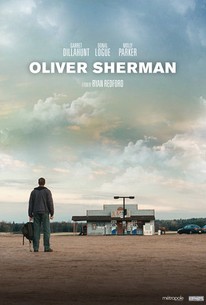 In this powerful independent drama, Franklin Page (Donal Logue) is a war veteran who saw some ugly things in combat and has the missing finger to prove it. But seven years after returning home, Franklin has put the nightmares of the past behind him; he married his pretty sweetheart Irene (Molly Parker), they have two children, they share a comfortable home in the country and Franklin has a good job in a factory. One evening, there's a knock on the door and Franklin is surprised to find Sherman Oliver (Garret Dillahunt) standing on the porch. The two men served together in the Army and Franklin saved Sherman's life in a battle that saw Sherman take a bullet in the head. While Franklin is surprised that his buddy has shown up unannounced, he and Irene welcome him in and make a place for him at the dinner table. Sherman is clearly still coming to terms with the war and he has no family, no job and no home; Franklin isn't sure what to do for him but is willing to let him stay at his home for a few days. As the days pass, Sherman becomes a more uncomfortable and unstable presence, and Franklin has to weigh his loyalty to Sherman against his responsibility to his family. Oliver Sherman was the first feature film from writer and director Ryan Redford. ~ Mark Deming, Rovi

This spare drama about the aftermath of war goes only so far on the strength of its sincerity, carefulness and good intentions.

With quiet intensity, this contained drama feels like a stage play with its intimate approach and limited cast and settings. It also has a strong thematic kick that's both emotional and political, without ever being preachy.

...often more effective as an actor's showcase than as a fully realized cinematic experience...

The story shapes itself into a sophisticated psychological thriller where suspense is everything. Who will deal with the outsider?

There are no featured audience reviews yet. Click the link below to see what others say about Oliver Sherman!