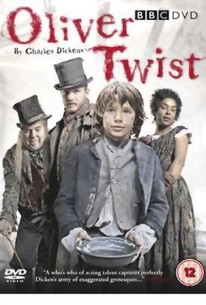 As directed by Coky Giedroyc and originally screened on the BBC, this epic adaptation of Charles Dickens' second novel, the classic 1838 tome Oliver Twist, checks in at just under three hours. In the principal roles, it stars William Miller as Oliver, Timothy Spall (Intimacy) as Fagin, Adam Arnold as The Artful Dodger, Rob Brydon as Mr. Fang, Tom Hardy as Bill Sykes and Ruby Bentall as Charlotte. ~ Nathan Southern, Rovi

There are no featured audience reviews yet. Click the link below to see what others say about Oliver Twist!