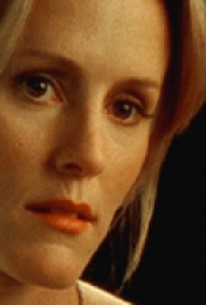 On the Second Day of Christmas Photos

Christmas Eve is just like any other work day for pickpocket Trish Tracy (Mary Stuart Masterson) and her niece Patsy (Lauren Suzanne Pratt). With a store full of suckers ripe for plucking, Trish and Patsy work the crowd, amassing quite a fortune before they're caught by sharp-eyed (and soft-hearted) security guard Bert (Mark Ruffalo). Rather than have Trish spend the Holidays in jail and turning over Patsy to Social Services, Bert agrees to be temporarily responsible for the pair--and that's how Trish and Patsy end up passing the Yuletide days in Bert's tiny apartment. For the most part, this made-for-cable movie emulates such previous Christmas-themed films as 1940's Remember the Night?, though towards the end of the story the writers throw a curve at the audience by introducing an unsavory character who plans to kidnap perky Patsy. On the 2nd Day of Christmas debuted December 8, 1997, on the Lifetime channel.

John Boylan
as Man in Overcoat

Critic Reviews for On the Second Day of Christmas

There are no critic reviews yet for On the Second Day of Christmas. Keep checking Rotten Tomatoes for updates!

Audience Reviews for On the Second Day of Christmas

Oh please. Too much cheese even for me, even for a Christmas movie. I could handle the pick pocket thing and the borderline annoying child actress, but what finally did me in was the proposal two days after meeting. Give me a break. I get wanting to be with someone you only just met and seeing potential for the relationship, but marriage? Especially with someone who has obviously lived a bit of a difficult life and would have issues there had not been sufficient time to work through. Maybe I'm way over thinking for this genre, but it just seemed ridiculous and from the scenes shown, there wasn't really anything that made you see why this pair belonged or any development in getting to know each other. Just difficulties, resenting each other, then in love within one scene. Sorry too much.

On the Second Day of Christmas Quotes