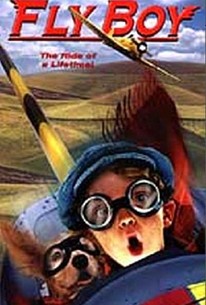 A young boy named Ray (Miko Hughes) and his grandfather (James Karen) have one important thing in common -- they both love airplanes, and Gramps often joins Ray as he flies his model planes in the park. But Ray's parents think that Gramps has grown too old to care for himself -- and that it's time to put him in a nursing home. But Gramps doesn't want to go; Ray isn't sure if he can do anything to stop them, but he does think that he might be able to arrange for the one-time pilot to take an old prop plane back into the air one last time. Also released as Fly Boy, One Last Flight features Kathleen Lloyd, Gregory Itzin, and Joshua Boyd in supporting roles.

Joshua Boyd
as Eddie the Sandwich

Critic Reviews for One Last Flight

Harmless, but with its hambone performances and uninspired script, that doesn't mean the film is any good.

There are no featured reviews for One Last Flight at this time.