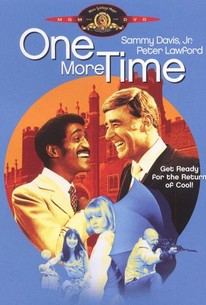 In this sequel to Salt and Pepper, the two detectives have retired and run a nightclub together. The club fails and one of them goes to London to convince his blue-blooded twin to front him a little dough. He is turned down and so goes out on the town. He then decides to try again, but discovers that his brother has been killed. The ex-gumshoe then changes clothes with the corpse and begins posing as his brother. He also calls in his former partner to help him investigate the case. They soon discover that his brother was not all he seemed to be.

Walter Hopsburgh
as Clerk of the Court

Critic Reviews for One More Time

An exercise in tasteless tedium that doesn't merit the bottom of a triple bill at a drive-in.

There are no featured reviews for One More Time at this time.