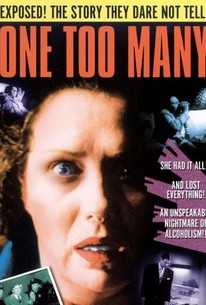 One Too Many Photos

Produced and distributed by legendary road-show entrepreneur Kroger Babb, One Too Many details the tragedy of alcoholism. Ruth Warrick stars as concert pianist Helen Mason, who destroys her life and career through drinking. Helen is finally saved from herself when she joins Alcoholics Anonymous. When originally released to theaters, One Too Many was screened in tandem with a live appearance by an ostensible expert on alcoholism, who delivered a cautionary lecture, then distributed pamphlets. Most Kroger Babb productions were shoddily put together: One Too Many is an exception, boasting a talented cast, competent direction (Erle C. Kenton) and reasonably attractive production values. As a bonus, the film features several guest stars, ranging from dancer Louis da Pron to Hollywood makeup artist Ern Westmore.

Luther Crockett
as The Minister

Gilbert Fallman
as The Priest

Lester Sharpe
as The Rabbi

William Baldwin
as Director of Newhope

Ern Westmore
as Himself

Critic Reviews for One Too Many

Though filmed as a bleak soap opera, it comes with a happy ending.

There are no featured reviews for One Too Many at this time.

One Too Many Quotes