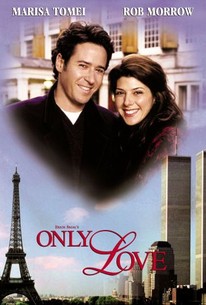 In this sudsy two-part made-for-TV romantic melodrama, a neurosurgeon suffers a private crisis when he discovers that his latest critically ill patient is the woman he once wanted to marry. Though he still has feelings for this woman, he is married to another. The story is based on a romantic Erich Segal novel.

Mathilda May
as Silvia

Critic Reviews for Only Love

There are no critic reviews yet for Only Love. Keep checking Rotten Tomatoes for updates!

There are no featured reviews for Only Love at this time.