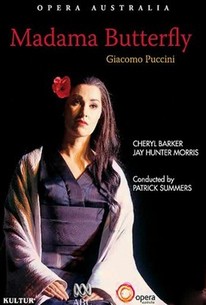 One of the world's most spectacular events, Handa Opera on Sydney Harbour, is returning to cinema screens in September 2014 with a modern retelling of Puccini's tale of love and honour, Madama Butterfly. This year is the third opera to be staged on the magnificent water stage, suspended over the harbour against a backdrop of the Sydney Opera House and the Harbour Bridge. This outdoor spectacle includes a giant sun and moon - both 12 metres wide - which will rise from the water to hang above the stage where Japanese soprano Hiromi Omura will portray tragic Cio-Cio San with her co-star Georgy Vasiliev who performs the role of Pinkerton.

There are no critic reviews yet for Opera Australia: Madama Butterfly. Keep checking Rotten Tomatoes for updates!

There are no featured reviews for Opera Australia: Madama Butterfly at this time.