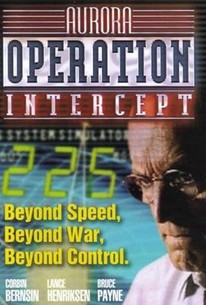 Russian Francesca Zaborszin (Natalya Andreichenko) is convinced that the United States is responsible for her father's death. Crazed for revenge, she has devised a system that scrambles the navigational controls of commercial airliners, causing them to crash without warning. After two major air disasters in as many days, Capt. Gordon Pruett (Bruce Payne), a United States Air Force fighter pilot, is called into action. It is discovered that Francesca's secret control system is based in a Middle Eastern terrorist complex; Pruett is ordered to bomb the facilities before more airliners can crash (and more innocent lives are lost), but he finds himself unable to carry out his orders when he discovers another American pilot is being held hostage at the base. The supporting cast includes Corbin Bernsen and Dennis Christopher.