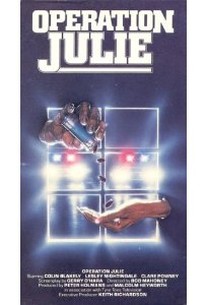 Based on a true story, the three-part British miniseries Operation Julie detailed a massive drug "sting" conducted by British authorities in the mid-'70s. Colin Blakely and David Swift headed the enormous cast as, respectively, Detective Inspector Richard Lee and Detective Superintendent Gosling. The target for the authorities was a covert operation specializing in the manufacturer and worldwide distribution of LSD. As a faithful retelling of the largest undercover drug investigation of its kind in the United Kingdom, the series garnered a huge audience in both England and Europe. After its initial British TV run from November 4 to 6, 1985 (courtesy of Tyne Tees Television), Operation Julie was re-edited and reissued as a 100-minute feature film. ~ Hal Erickson, Rovi

Clare Powney
as Girl in Field

There are no critic reviews yet for Operation Julie. Keep checking Rotten Tomatoes for updates!

There are no featured reviews for Operation Julie at this time.