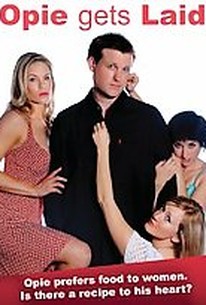 A video game-obsessed, porn-addicted loser who sustains himself on artery-clogging junk food proves to be an amazing lover when fate delivers three beautiful but very different women right to his apartment door. A thirty year old virgin who generally passes his time eating, gaming, and masturbating, Opie collects unemployment while living rent-free in an apartment owned by his uncle. Then, one day, the hermetic seal on Opie's carefully contained world is suddenly ripped open by an unexpected knock at the door. The visitor in question is his neighbor Thai, who is searching for her missing girlfriend. Taking note of Opie's curious lifestyle, Thai and the reclusive social misfit engage in an intense philosophical debate that eventually culminates in Opie losing his virginity to his randy guest. Before long, Opie has also bedded Thai's statuesque girlfriend Dakota as well, in addition to landing a rather promising date through the personals. Could it be that the world's biggest loser is finally coming out of his shell, or is Opie destined to spend the rest of his life safely locked away from reality in his hedonistic fantasy world?

James Ricardo’s ... first feature whets the appetite for more as it tracks the metamorphosis of a geeky, fast-food devouring, jerk-off meister into a fuck-by-appointment Don Juan for the Levis set.

There are no featured audience reviews yet. Click the link below to see what others say about Opie Gets Laid (Sunnyvale)!