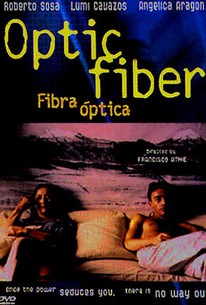 This second feature from writer-director Francisco Athie (Lolo) carries a stylish cyber-candescence throughout, courtesy of techno-twists added by production designer Chu Uroz (cables, surveillance cameras, TV monitors, and other electronic gear). Athie's tense politico-thriller begins with a trade-union chief's murder. His Brazilian mistress Claudia is framed, with bumbling Magana on as her defense lawyer and reporter Marco doing a journalistic investigation. As it becomes evident that both Magana and Marco are pawns and Claudia's innocent former lover is set up as the murderer, the web of intrigue expands. Shown at the 1998 Rotterdam Film Festival. ~ Bhob Stewart, Rovi

Proof positive that the 'muddled crime drama/mystery/thriller' is not a uniquely American concept.

There are no featured reviews for Optic Fiber at this time.