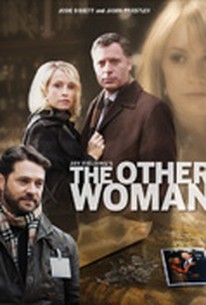 Director Jason Priestley and screenwriter David Schultz team up to adapt author Joy Fielding's best-selling novel about a woman who sacrifices her career for marriage, only to discover that another woman is planning to steal her husband away. Jill (Josie Bissett) was an ambitious news producer whose career was on the upswing when she began an affair with married divorce lawyer David Plumley. Four years later, Jill and David have married, and Jill is attending her husband's company party when gorgeous student Nicole makes the bold claim that she plans to become David's next wife. Later, when David's boss dies under mysterious circumstances, Jill calls on her journalist friend Pete (Priestley) to help solve a deadly mystery. ~ Jason Buchanan, Rovi

Critic Reviews for The Other Woman

There are no critic reviews yet for The Other Woman. Keep checking Rotten Tomatoes for updates!

Audience Reviews for The Other Woman

There are no featured audience reviews yet. Click the link below to see what others say about The Other Woman!

The Other Woman Quotes