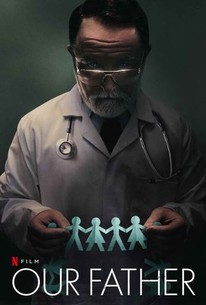 Jacoba Ballard was an only child, conceived via donor sperm, who always dreamed of having a brother or sister. An at-home DNA test led her to the discovery of not one but seven half-siblings -- a number that defied best practices in fertility medicine. As the group set out to learn more about their curious family tree, they soon discovered the sickening truth: Their parents' fertility doctor had been inseminating his patients with his own sperm -- without their knowledge or consent. As Ballard and her newfound siblings realized they've barely begun to untangle his dark web of deceit, their pursuit of justice lies at the heart of this profoundly unsettling story about an unimaginable breach of trust. At this time, Dr. Cline is one of the most prolific cases with 94 children and counting. Their fight to find justice leads to an unfortunate realization that there's very little protection or laws in place against fertility fraud. Dr. Cline is unfortunately one of many fertility doctors across the globe who has used his own sperm to inseminate women without their knowledge or consent. This revelation is also becoming more common with the recent rise in popularity of DNA testing. Laws have been passed in Texas and Indiana that make it illegal for a doctor to use his own sperm in insemination. Kentucky just passed a fertility fraud bill last week. However, it is not a federal law. Now there are 44 doctors known to have done this, and because of DNA testing, the time of these doctors getting away with this is hopefully coming to end. This is a story about someone who has done something horrible, but has no accountability. This is also a story of consent, of women not being given an option.

Critic Reviews for Our Father

There are no critic reviews yet for Our Father. Keep checking Rotten Tomatoes for updates!

There are no featured reviews for Our Father at this time.