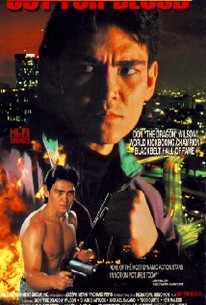 Out for Blood Photos

This martial arts actioner stars former light heavyweight World Kickboxing Association champion Don Wilson as a lawyer who loses his wife and son at the murderous hands of drug dealers when the two accidentally find themselves in the midst of a drug deal. Decker, the lawyer, was also there, but is suffering from a form of amnesia and cannot recall the names or faces the police need to make arrests. Repeated trips to a therapist do not help, but then Decker runs across another drug deal in progress and kicks the crud out of the dealers. The violence triggers a dim memory and he discovers the more drug-dealers he beats up, the sharper his memory.

Critic Reviews for Out for Blood

There are no critic reviews yet for Out for Blood. Keep checking Rotten Tomatoes for updates!

Audience Reviews for Out for Blood

There are no featured audience reviews yet. Click the link below to see what others say about Out for Blood!

Out for Blood Quotes