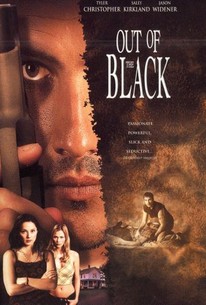 A family faces new crises while trying to resolve an old one in this drama. After the death of Cal Malby (Miles O'Keefe), a miner who died in an accident that eventually leveled the economy of a small Pennsylvania community, his sons Patrick (Jason Widener) and Cole (Tyler Christopher) have been trying to find out what caused the disaster while also caring for their mother Elizabeth (Sally Kirkland), who is now bedridden. As Patrick and Cole try to uncover the truth, they have to struggle to hold on to the family's home as Penny Hart (Dee Wallace Stone), a widow who owns the farm the family has long called home, attempts to sell the property out from under them.

Critic Reviews for Out of the Black

Kozak's first feature... thrives when its story stays intimate, but all too frequently falls victim to over-plotting and implausibility.

Audience Reviews for Out of the Black

There are no featured audience reviews yet. Click the link below to see what others say about Out of the Black!

Out of the Black Quotes