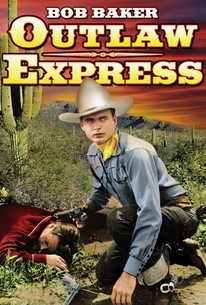 Singing cowboy Bob Baker starred in this average music western as a cavalry officer assigned to investigate the murders of several Pony Express riders. Going undercover as Pony Express riders themselves, Captain Bob Bradley and his sidekick Andy Sharpe (Don Barclay) arrive at the Ricardo Ranchero to purchase horses for the Express. Don Ricardo's neighbor Don Diego (Julian Rivero) is killed after filing a grant with the United States Land Office in Placita, and Bob begins to suspect a connection between the Pony Express killings and the Spanish land grants. Don Ricardo (Martin Garralaga) is the next obvious victim and, sure enough, shortly after the dignified rancher files his claim, the rider assigned to deliver it to Placerita is found murdered. Realizing that Don Ricardo is in danger from a gang of outlaws plotting to take over all the valley's ranches, Bob forms a posse with the surviving riders and arrives at the Ricardo ranchero just in time to save the don and his pretty daughter, Loreta (Cecilia Callejo) from the marauding thieves.

There are no critic reviews yet for Outlaw Express. Keep checking Rotten Tomatoes for updates!

There are no featured reviews for Outlaw Express at this time.