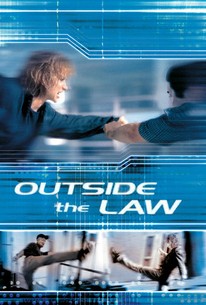 Outside the Law Photos

A woman starting a new life discovers her old life won't go away so easily in this action-drama. Julie Cosgrove (Cynthia Rothrock) was an Federal intelligence agent working on a top secret assignment when she found herself in the middle of an ambush gone wrong which led to the death of the man she loved. Emotionally devastated, Cosgrove turned her back on the government, assumed a new identity, and began a new life. However, she unwittingly becomes involved with a group of people who have been backed into a corner by crime kingpins. Cosgrove feels compelled to help them, but by doing so, she finds herself in deeper than she expected, and tips her hand to her former colleagues, who now want to silence her permanently.

Critic Reviews for Outside the Law

[The movie] is at the very least a superior action film, in which the action sequences are plausible and grounded in reality. It is also a parable in support of anti-colonialism. What it isn't, at the end of the day, is a film about the larger picture.

Audience Reviews for Outside the Law

Outside the Law Quotes