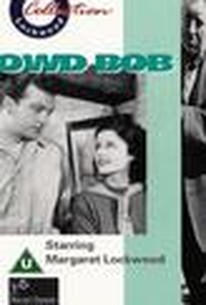 Owd Bob is a remake of the silent film of the same name, which in turn was based on a story by Alfred Olivant. Dominating the storyline is crusty Scottish farmer McAdam (Will Fyffe), who carries on several simultaneous feuds with his neighbors. McAdam is particularly antagonistic towards young David Moore (John Loder), newly arrived from Derbyshire. It's bad enough that Moore is sweet on McAdam's pretty daughter Jeannie (Margaret Lockwood); but when Moore enters his sheep dog Owd Bob in an annual contest that has always been won by McAdam's prize pooch Black Wull, it's too much to bear. An unexpected tragedy softens McAdam to the extent that he finally accepts Moore as a worthy son-in-law. ~ Hal Erickson, Rovi

Will Fyffe
as Adam McAdam

A. Bromley Davenport
as Magistrate

Critic Reviews for Owd Bob (To the Victor)

There are no featured reviews for Owd Bob (To the Victor) at this time.

Owd Bob (To the Victor) Quotes