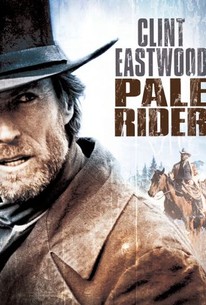 Critics Consensus: Nearly a decade after The Outlaw Josey Wales, Clint Eastwood returns as a director to the genre that made his name with this elegant, spiritual Western that riffs on the classic Shane.

Critics Consensus: Nearly a decade after The Outlaw Josey Wales, Clint Eastwood returns as a director to the genre that made his name with this elegant, spiritual Western that riffs on the classic Shane.

Critic Consensus: Nearly a decade after The Outlaw Josey Wales, Clint Eastwood returns as a director to the genre that made his name with this elegant, spiritual Western that riffs on the classic Shane.

Director Clint Eastwood draws on his experience to put together a western with winning components: the bad guys are corporate jerks out for a profit at the expense of Mother Nature, the good guys are poor but independent gold miners threatened by the corporation, the hero Preacher (Eastwood) is there to set things right, and he is beyond any of that romance stuff. Preacher's shady past is implied when he first comes into town and keeps his anonymity intact. He is sheltered by an unmarried duo, Hull and Sarah (Michael Moriarty and Carrie Snodgress), and soon pays them back by saving Hull from a few murderous thugs. Caught in the middle of the growing conflict, Preacher rallies the miners into a combative group and then goes on to final showdown in true "high noon" style.

Though the metaphysical overtones of the screenplay are sometimes awkwardly handled and Eastwood's direction of actors (other than himself) is occasionally uncertain, this was one of the better American films of 1985.

Pale Rider does nothing to disprove the wisdom that this genre is best left to the revival houses. A double feature of Shane and Eastwood's High Plains Drifter will do just fine, thanks.

It's all been seen before, but Eastwood serves it up with authority, fine craftsmanship and a frequent sense of fun.

It's good to be back in the saddle again.

[Eastwood] understands so well how he works on the screen that the movie has a resonance that probably was not even there in the screenplay.

I'm just now beginning to realize that, though Mr. Eastwood may have been improving over the years, it's also taken all these years for most of us to recognize his very consistent grace and wit as a filmmaker.

For its heart and soul and what it achieves both technically and emotionally, Pale Rider is a film worthy to mark it's makers' ninetieth special day.

A beautiful, unhurried, snowbound Western punctured by violence and lyricism.

It had been so long since a quality western had hit America's screens that it appears as if Eastwood purposely set out to remind audiences of all the elements that make the genre work.

His saddle bag is a mixed one, though Pale Rider still has the touch of quality associated with latter-day Eastwood. [Blu-ray]

...who else would you want coming to your rescue than the Preacher Man With No Name?

It's a lightweight, easygoing affair, reminiscent of some of Hawks' or Ford's lesser Westerns.

This is essentially director/star Clint Eastwood's take on the western classic Shane. Set in Northern California in the late 1880s, this film follows a group of independent pan miners who are terrorized by the corrupt and wealthy mining baron of a hydraulic mining operation and his vicious minions who want complete control of the area, and aren't fond of any kind of competition. Following a particularly devastating attack in which her dog is among those that get slaughtered, a young girl prays for a miracle, which shortly thereafter comes in the form of a mysterious stranger who rides a pale horse, and, due to wearing a clerical collar, becomes known simply as The Preacher. The Preacher soon makes it his mission to help the miners stand up for themselves, and take down the ruthless thugs that want to wipe them out. Yeah, the basic plot of this is nothing new, but it's done with a decent amount of style. I also liked that this film was really heavy on religious themes and overtones, and came off like a westernized take on a classic biblical epic. Not much is known about The Preacher, and over the course of the film this remains consistent, which gives a nice amount of ambiguity, and provokes thoughts of mythical and otherworldly proportions. SOme might think this is hokey, but it didn't bother me. I'm all for straightforward mysterious strangers who come to complete a mission, then call it a day once it's done. Eastwood is his typical self here in the lead, and to support him are a solid cast that includes Chris Penn, Richard Dysart, Richard Kiel, Sydney Penny, Carrie Snodgress, and Doug McGrath. The film has a nice look, is suitably gritty and stark when needed, and delivers the goods without any excess sidetracking. Like I said, it's nothing really knew, but it's still done quite well, so I say give it a look. Of the three westerns Eastwood made from 1976-1992, this one is the least of the three, but is still an okay film in its own right.

A prospector's daughter has her prayers answered when a mysterious preacher with an uncanny knack for violence comes to town to defend her community from the ruthless land baron who threatens them. Pale Rider drops the otherworldly elements of High Plains Drifter into the plot of Shane to create yet another enjoyable revenge western from Clint Eastwood. The format is very familiar, but Clint brings his usual brand of steely eyed charisma to the screen and its difficult not to cheer for the "little guy" when taking on the might of the eminently hissable "man" in the shape of an amusingly villainous Richard Dysart. Chris Penn is maybe a little too young and boyish to make a suitable bad guy but Richard "Jaws" Kiel puts in a memorable cameo as a hired thug and the tense final showdown with a satanic set of mercenary law men is really well done. A little generic to be considered one of his very best, but it's still a finely crafted old school western with a supernatural slant.

Eastwood's iconic, death dealing stranger from nowhere stops to look back, tip his dusty hat in respect to a earlier shadow who came before and a long shadow at that, the shadow named Shane. Almost just as good.