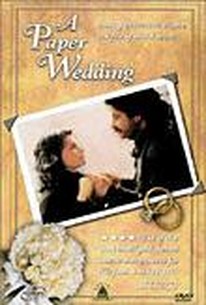 A couple are forced to get to know one another after they've gotten married in this drama. Claire (Genevieve Bujold) is a 40-ish college professor who lives and teaches in Montreal, supplementing her earnings by writing textbooks. Claire isn't especially satisfied with her career, and her on-going affair with a married man seems to be leading her into a emotional dead end. One day, Claire's sister Annie (Dorothee Berryman), a lawyer, asks a rather large favor of her -- one of her clients, Pablo (Manuel Aranguiz), is a political activist from Chile who illegally escaped to Quebec rather than face certain death in his homeland. Bouchard (Gilbert Sicotte), a Canadian immigration official, has taken it upon himself to find and deport Pablo, and Annie is trying to keep him in the country. Annie tells Claire that she could save Pablo's life by marrying him so he could stay in Canada; while Claire bristles at the notion of this in-name-only marriage, she eventually relents and weds Pablo in a brief ceremony. However, Bouchard is certain something is fishy about Pablo's sudden nuptials, and sets up an interview with the couple to determine that theirs in a "real" marriage, which gives Claire and Pablo two days to learn the small details about one another which would be second nature for a married couple. ~ Mark Deming, Rovi

There are no critic reviews yet for Paper Wedding. Keep checking Rotten Tomatoes for updates!

There are no featured reviews for Paper Wedding at this time.