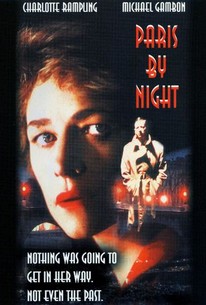 British playwright David Hare both wrote and directed the complicated political melodrama Paris By Night. Charlotte Rampling plays a Tory member of the European parliament, who lets absolutely nothing get in way of her ambitions. At present, Rampling is convinced that she is being blackmailed by her ex-business partner Andrew Ray. Upon accidentally meeting Ray, Rampling impulsively murders the man. In a deliciously ironic turn of events, she is approached by Ray's daughter Sinead Cusack, who hopes that Rampling will help her locate her missing dad. Rampling eventually finds out Ray had been innocent all along-but a greater shock awaits her at home, at the hands of her long-neglected husband Michael Gambon. Paris By Night contains far too many cute coincidences to be credible, but this fact doesn't immediately sink in as the audience revels in the film's superlative performances and David Hare's adroit manipulation of people, places and events.

Geoffrey Wilkinson
as Porter at Club
View All

Critic Reviews for Paris by Night

Charlotte Rampling gives a stylish, strikingly uncaricatured performance, which becomes truly remarkable when, at the end, she manages to stoke our sympathy for this coolly amoral murderess.

There are no featured reviews for Paris by Night at this time.