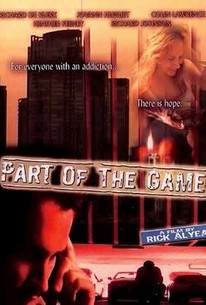 After learning that his sister (Jovanna Huguet) has developed a nasty heroin habit, a drug kingpin (Richard DeKlerk) sprouts a conscience and drops everything to help her. But in the process of putting family first, he begins to question his profession and finds himself at odds with his longtime partner (Colin Lawrence). Director Rick Alyea also produced and penned the script for this independent drama that shows the human side of the drug trade.

Critic Reviews for Part of the Game

There are no critic reviews yet for Part of the Game. Keep checking Rotten Tomatoes for updates!

There are no featured reviews for Part of the Game at this time.

Part of the Game Quotes