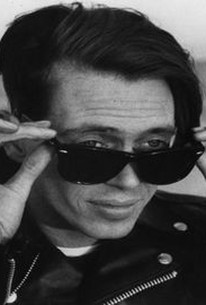 Gay Manhattanite Michael (Richard Ganoung) is the glue that holds together the various vignettes that make up Parting Glances. This bittersweet overview of New York's gay community begins with Michael breaking up with longtime lover Robert (John Bolger). En route to a farewell dinner staged by Robert's boss, Michael touches base with several other gay acquaintances, including sardonic AIDS victim Nick (Steve Buscemi). The dinner is used as a clearing house for several character revelations; afterwards, Michael attends another going-away party thrown by artist Joan (Kathy Kinney). As the night creeps into the morning, Michael becomes more and more despondent over Robert's impending departure to Africa. The various subplots are resolved in the last few minutes, some happily, others far less so.

The film may be shot like a breezy New York City trifle, but an aching undercurrent resides in every interaction.

Tender and resolutely unsentimental, Parting Glances avoided future AIDS movie clichés not because the example had yet to be set, but because its interests lay elsewhere.

It was one of the first films to confront the emotional repercussions of AIDS, and has not become dated--which speaks volumes for this appealing candid movie.

Bill Sherwood's film is one of the first and most significant works (indie, of course) about the AIDS crisis that goes beyond the issue of coming out, placing its romantic triangle in the broader context of a vibrant gay community.

Still the best and most honest film ever made about AIDS.

Relationship drama with an seminal AIDS story contains a notable debut performance from Steve Buscemi and several other performers who were just starting out but now are familiar faces. Fine direction by Bill Sherwood, sadly his only film before falling victim to the disease himself.