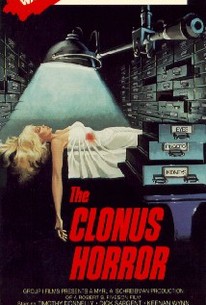 This routine, relatively low-budget horror film with a few well-known actors (Peter Graves, Keenan Wynn) unfolds a tale that has echoes in George Orwell's 1984 or in various sci-fi movies. The premise: Americans have not realized that their government is in cahoots with certain industrial and medical giants to clone the citizens and thereby create a society that is easily controlled. Richard, one of the clones (Tim Donnelly) slowly comes to believe that the normal human society is much better than the cloned version and starts a rebellion against the powerful forces in control. What happens after that is about as hard to believe as what has happened before.

Lawsuit Says "The Island" is a Clone

... a sickly satirical parody of the free world.

The little film Michael Bay completely ripped off for The Island. However, this is a chilling allegory with a lot of heart and a much darker feel. An excellent story with lots of sympathetic characters, some of them not even human, and dark political satire along with some very cool scenes and imagery. Very good stuff.