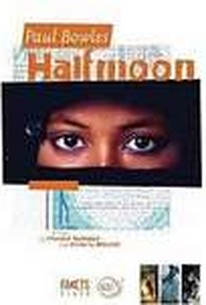 Revenge is the subject of this episodic drama comprised of three 30-minute stories. All of the episodes are based on short stories by expatriate American author Paul Bowles who introduces each of them from his study in Tangiers. The tales are set somewhere in the mid-20th century. The first tale is "Merkala Beach" and follows two impoverished youths living in a north African town. Though they have different temperaments: Lahcen prefers alcohol and becomes violent when he drinks and Idir is a mellow pothead, the two are close friends. The strength of that friendship is tested when Lahcen falls for a young woman who joins him in his room. In the second vignette, "Call at Corazon" two newlyweds from Britain have a fight on their honeymoon cruise down the Amazon. Soon after leaving the luxury liner, the two embark upon a cargo boat. It is a rugged craft with few amenities and the bride finds this distasteful. She decides to get even by sleeping with one of the sailors, causing her husband to get his own kind of revenge. The final story is "Allal," and centers on a young boy who is mercilessly teased because his mother is unmarried. The boy's fate changes when he encounters an enigmatic old man with a box full of deadly serpents. The boy cons the man into leaving a lovely green one with him. The snake is magical and that night the boy undergoes a dramatic transformation. ~ Sandra Brennan, Rovi

There are no critic reviews yet for Paul Bowles: Half Moon. Keep checking Rotten Tomatoes for updates!

There are no featured reviews for Paul Bowles: Half Moon at this time.