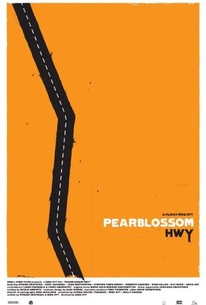 "What else am I? What else can I say. I'm a trouble maker. I've always wanted to be a rebel," says Cory, one of the three protagonists of Pearblossom Hwy, directly into the camera. The other protagonists are Anna, an illegal immigrant from Japan who is selling her body to make money to get back home, and Jeff, Cory's homophobic brother, a former soldier who now lives day-to-day. In the style of New Wave filmmakers, the director draws on sensitive moments from actors' lives (meeting your father for the first time, a grandmother sick on another continent), so we are never sure if we are watching reconstructed reality or the director's vision. Ott warns us that his film is about the abandoned youth in the small towns of America and the fallacy of the American Dream, and most importantly, the truth that lies somewhere in that porous threshold between fact and fiction.

There are no critic reviews yet for Pearblossom Hwy. Keep checking Rotten Tomatoes for updates!

There are no featured reviews for Pearblossom Hwy at this time.